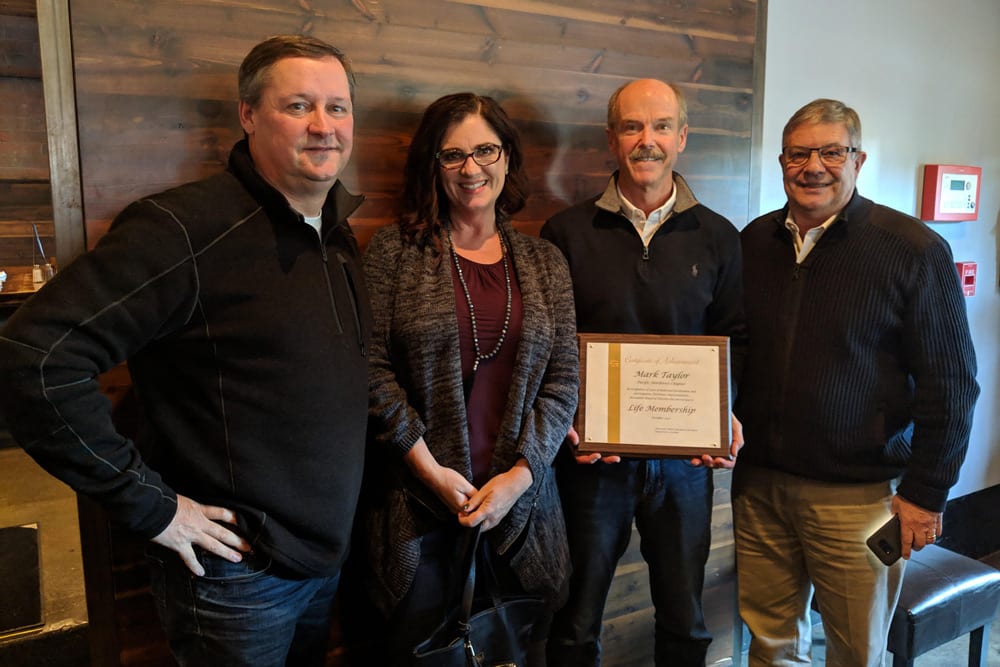 In appreciation of his outstanding contributions and achievements to our industry and association for more than 37 years, ERA-PACNW recognizes Mark Taylor with the 2018 Life Achievement Award.

After graduating from the University of New Hampshire, Mark started his sales career at General Electric. When a new opportunity called in 1981, Mark moved to the Pacific Northwest and started in the representative business as an account manager for Earl & Brown, and later became their Vice President of Industrial Business.

During his 37+ years as a representative and owner, Mark has held various positions with the Pacific Northwest Chapter of ERA and participated in numerous National ERA conferences. “Mark Taylor’s accomplishments speak for themselves, he has been a testament to what is takes to be a leading manufacturers representative for such an extended tenure, he is a tremendous example to all of us in the industry”, said Dave Fitzgerald, President of ERA-PACNW Chapter.